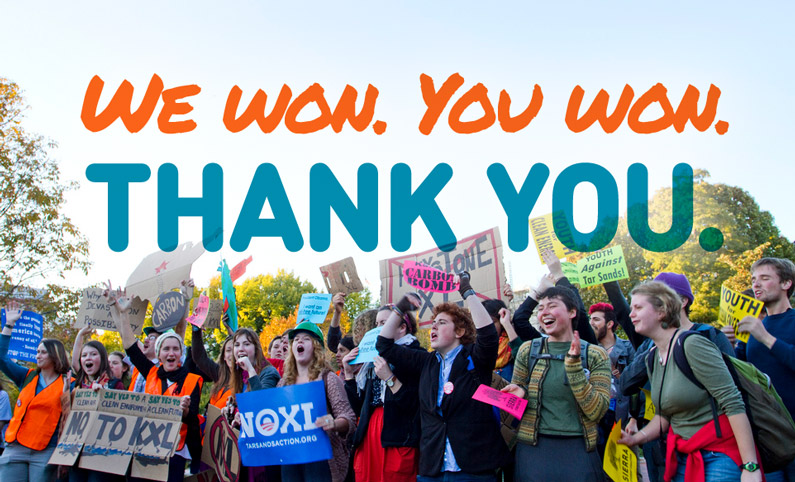 nice video from the tar sand protests in front of the white house!

posted about this before, but this seems to be getting huge! so far 275 people have let themselves be arrested to protest the keystone xl pipeline. more info from the ny times, salon.com, grist’s nice video & a slightly longer guardian feature.

if you’re a US resident, you can support the protests by signing the petition! if civil disobedience is not for you, or you’re not in D.C., join the worldwide action day moving planet on september 24!

more than 50 people are held in jail after the tar sands civil disobedience action in front of the white house protesting the keystone xl pipeline, including bill mckibben. the protests are supposed to continue during the next two weeks. if you’re a US resident, you can also support them by signing the petition!