I get to talk to lots of different people when I’m traveling around the world. Many have a great picture of Germany, whether it’s because of renewable energy or the openness to refugees. However, just like the Energiewende has been slowly coming under scrutiny by outside observers, I think it’s time to look at how open we actually are when it comes to welcoming refugees, the mismanagement of the entire issue, the consequences thereof.

Denmark has come under criticism for planning to seize assets from refugees to ‘cover the cost of each asylum seeker.’ What often goes un- or undermentioned is how that the same is happening in Switzerland, and yes, Germany: Possessions above €750 can be and are confiscated by the police. Even the Green MP Beck agrees to the confiscation measures, as long as they ‘don’t create the impression this is done in an authoritarian way.’ Meanwhile, the Left party is the only one to condemn this practice both from a legal reasoning point as well as by principle: ‘A basic human right should not come at a financial burden to the person seeking justice.‘

I’m appalled at the justifications that this is for financial reasons, to help offset the costs and ensure equality between the Hartz-IV recipients. So we are ripping off of one group just so the other ripped-off group feels that they are being treated fairly?

Giving financial support for basic necessities to refugees (or those suffering under Hartz-IV) doesn’t have any real macroeconomic consequences: It doesn’t hurt the economy since the money is actually spent in the local economy. This is much better than money in the accounts of the super-wealthy, which is not circulating and thus not contributing to the economy.

Secondly, proportionality. How much money do you believe you’re going to make from this? Here’s a quick thought experiment: There seems to be no statistical data, so let’s use some very high assumptions: Say as much as 10% of asylum seekers would need to give €2000 of the money they arrived with. Let’s use the widely-circulated yet inflated number of 1M refugees arriving to Germany last year. That would amount to €200 million. (more realistically we’re talking about 0.1% and €1000, leading to a mere €1 million).

Compare this to the €310 billion of the federal budget, or against the ‘financial predictions’ circulating in German media that refugees will cost €20 billion even though it was only €1.5 billion in 2013 (nevermind that this prediction comes from Hans-Werner Sinn, one of the economists in favor of the takeover of Greece, which was communicated as a bailout). And let’s not forget how quick we were to give the banksters a €650 billion bailout that cost the tax payer upwards of €50 billion.

Those banksters would probably call the potential ‘earnings’ peanuts. There are several orders of magnitude between the ‘taking away stuff from refugees’-measure and the real scope of the issue. Taking away a few possessions is not going to make a dent, financially. It’s not in line with German tax policies either, as we tax income and not wealth (I agree with Piketty that we should have a global tax on wealth, just probably not for those with less than €10K in assets.)

Why then do decision-makers condone this practice? Is taking away from the poorest really the measure we want to be taking? Or might this be exactly what those who lead this country want?

If you take a look at the dehumanizing situation e.g. in front of Berlin’s LaGeSo, you start to wonder whether these are just unintended consequences. Today, there were reports of an Syrian Asylum seeker that died after waiting for several days in the cold for his papers [EDIT: this information is still unconfirmed]. I know a lot of refugee initiatives, organizations and even municipalities whose work is obstructed by German regulations and suffer from a lack of funding and resources from the federal and state governments. The friendly and welcoming image of Germany last summer rests on the shoulders of private people who decided to act, while the states and governments provided too few resources. Yes, I am happy that our Chancellor stood up and said ‘wir schaffen das’, but from the official side, it has mostly been words, not action so far. At the same time, this mismanagement led to an enormous surge of right-wing extremists and a rising fear in the general cultural climate. It’s the worst basis for smart decisions, and it’s a real threat to the European continent – so much that even the WEF is concerned.

Everywhere I go, especially in Europe, I hear people calling BS on the narrative that we cannot help refugees or that it is a burden for our continent. They are calling attention to the mismatch between the words and actions of our governments, and that this should not be called a ‘refugee crisis’ but a ‘political failure’, perhaps the largest in the last 50 years.

Europe’s people may be united by culture or a moral guideline, but our political leaders certainly aren’t. It keeps on reminding me of George Carlin’s words, who I miss dearly. 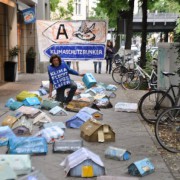 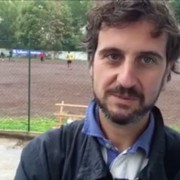 How to get visibility in Online Communities
Scroll to top