70 years ago, germany only managed to get back on its feet because of the goodwill and $$ of other countries, even after having just cause an atrocious amount of death and destruction. today we are the 3rd largest weapons exporter and actually making $$ from death and destruction in the world.

yet we’re showing none of the goodwill that put us in this comfortable position: we let the victims of our weapons exports drown in the mediterranean to deter others from coming and we remain silent about police violence at our boarders, illegal push-backs, right-wing terrorism against asylum centers, violent racist attacks on people, and burning refugee homes. just the official support structures are kept understaffed, and there’s a very tangible move to the right in the air and on the ground. even in berlin, usually a pretty tolerant place, there’s ugliness: to pick just one example, on saturday two known neonazis threatened and urinated on children in the subway.

our politicians are busy with a weird competition on delivering the most pathetic reaction instead of getting anything done to help. instead of trying to solve the causes of the problem or even just properly helping the victims of their politics, they side with and protect those openly defying international law and the humanitarian values we love to display so proudly. all while demanding crippling austerity from our greek brothers and sisters so that the banks that made foul bets get away unscathed. it gets even more absurd considering that sooner or later, we need migrants to keep our entire social system running and that we have been the biggest profiteers of the european union.

blood on our hands, everywhere we look. is this still not enough to make a generation stand up and say ‘no more’? 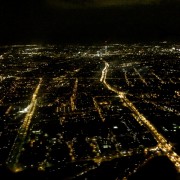