nice appearance by the always-amazing naomi klein on bill moyers. 30 min worth watching. i love her analysis of most climate activist messages that target the individual (‘you can do something about it by changing your behavior’) and often neglect the necessity for collective action. this point is the reason i finally became a fan of annie leonard’s story of stuff series when she presented the story of change, and what i love about occupy movement: the realization that we need to break out of the individualistic thinking that keeps us competing against each other rather than working together. we’re all in the same boat and should start acting more like it.

i’m mostly contemplating her point that part of the reason why public opinion on the subject of climate change has been so shaky is the discrepancy between saying ‘this is a huge, armageddon-style problem’ but suggesting that the solutions only have a very minor impact on our lives (‘changing light bulbs’) and do not demand big sacrifices from anyone. maybe it’s because ‘being radical’ has been put in such a bad public light, and the public debate tends to frame climate activists as radical – while it’s actually the other way round, as mckibben so rightly points out: the true radicals are those who are fundamentally changing the composition of the atmosphere.

i’m no historian, but i do tend to agree with her (as i usually do..) that this is the greatest problem we’ve ever faced as humanity. it’s what makes this the most interesting issue to work on and be a part of. 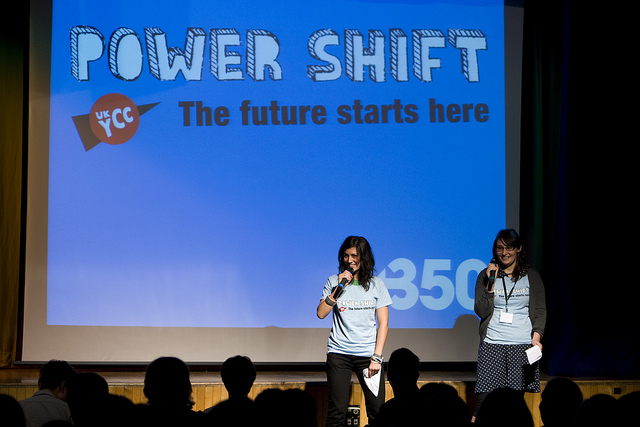